Srimushnam stalam is one of the eight Svayam Vyakta Kshetrams. It is located about 24 miles west of Chidamabaram. 16 miles southeast of this stalam is Kattu Mannar Kovil. 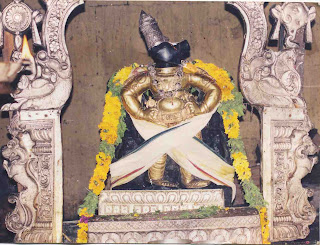 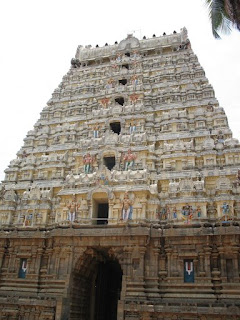 SriMushnam is a very sacred place to Hindus as well as Buddhists and it is one of the eight Svayam Vyakta shrines of Vaishnavas. The famous Vasihnava Temple of Bhuvaraha is located here. The image in the temple is self created [Swayam Vyakta] representing Varaha Avator. 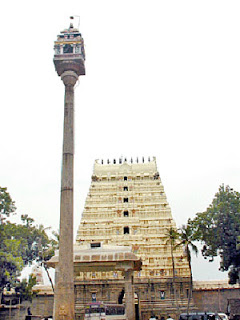 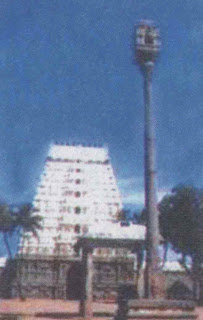 On the pillars in the centre of the hall, there are carved royal portraits of the Nayak family who were responsible for the building of the temple. The original image in marble is said to have been taken away by Krishna Devaraya Wodeyar of Mysore and installed it at Srirangapatanam. 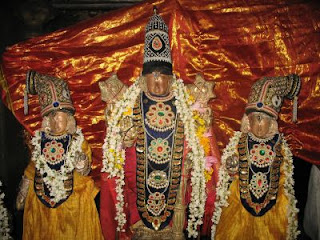 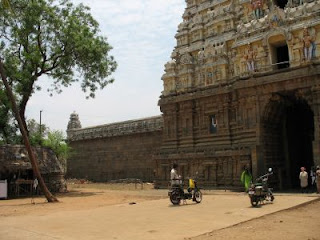 The temple houses separate shrines for Andal, Srinivasan, Venugopalan, Vishvaksenar, Vedanta Desigar, Nammalwar and Anjaneya. The Purushasukta Mandapam of 17th century resembles the shape of a chariot with stylishly carved figures of warriors riding the horses and elephants. 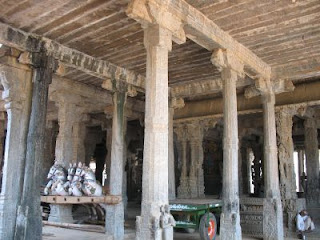 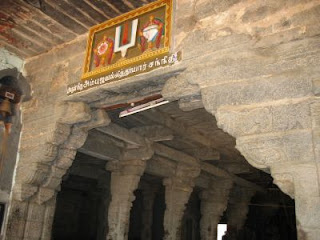 The Sthala Vriksham [sacred tree] is Arasu and the sacred teerthams are Agni, Chakara, Brahma, Bhoomi and Mrithyunjaya theertham. Legends have it that Lord Vishnu, while answering the prayers of his devotees assumed the Varaha incarnation and vanquished the demons. 'Bhu' refers to Earth and 'Varaha' refers to Boar. Hence, the Lord is called `Bhuvaraha'. 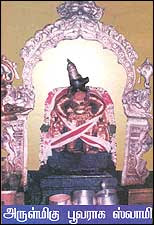 It is said that Lord Vishnu resides in this particular place in three forms. First, in the form of 'Ashwatha tree'; second,in the form of 'Nithya Pushkarani'; and third in the form of 'Bhoovaraha Swamy'. The temple tank, called Nithya Pushkarani', is known for its medicinal values, which is a panacea. The 'Ashwatha tree', stands like a colossus near the sacred tank. It is believed that it has a beneficial effect of blessing sterile women with progeny. Meditation and chanting of 'Gayathri Mantra' under the tree after bathing in the holy tank vouchsafes a place in the heavens. 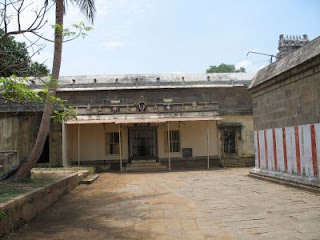 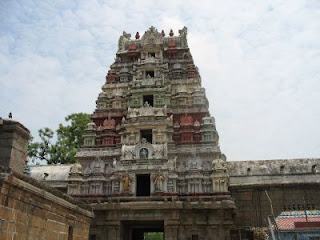 It is accepted by all that the Lord transcends all religions here. The Muslim brethren welcome the presiding deity with grandeur. He criss-crosses Thaikkal and accepts the offerings of Muslims. It is indeed unique that the Lord stops in front of the mosque and accepts garlands and candy from the chief kazi. After lighting the camphor in the mosque, the kazi recites verses from the Holy Koran.

The Tamil New Year heralds the oncoming festivals in Srimushnam temple. During the month of April-May 'Chitrai Utsavam' is celebrated. The utsava murthy, 'Yagna Varahan', along with His consorts Sri Devi and Bhoomidevi, go around all the four mada streets around the temple. This culminates in the celebration of 'float festival-'Theppotsavam-in the 'Ashwatha Pushkaram'. The Lord with his two Lakshmis has a boat ride in the temple tank, which is illuminated for the purpose, accompanied by a retinue.


During the Brahmotsavam, the car festival attracts people from the neighbourhood. During Masi Maham [full moon during February to March], the Lord and His consort visit the neighbouring hamlets and towns to give darshan to the devotees. 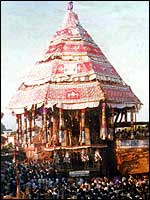 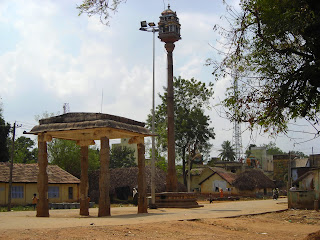 Special worship is performed on Fridays, Saturdays and on Ekadasi. Being Varaha, the Lord Bhuvarahan likes to eat 'Gorai kizhangu'. Therefore, a sweet dish [laddu] made out of Gorai kizhangu is presented as prasad.

How to get there 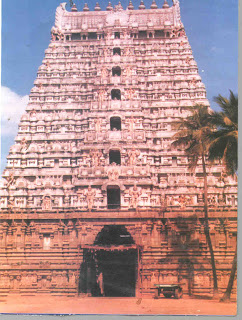 SriMushnam is connected to other parts of Tamil Nadu through a very good rail and road network from Cuddalore. Frequent buses run from near by towns like Pondicherry, Chidambaram, Panruti and Villupuram. Buses to major cities of Tamil Nadu like Chennai, Tiruchirapalli, Salem, and Cuddalore are also available.


National Highway NH-45A and many state highways (SH) passes through Cuddalore. It has two railway stations, Thirupadirippuliyur and Cuddalore Port Junction which are connected to major parts of India.
Posted by Jolly R at 9:54 PM

Email ThisBlogThis!Share to TwitterShare to FacebookShare to Pinterest
Labels: SriMushnamSriBhoovaraghaswamyTemple