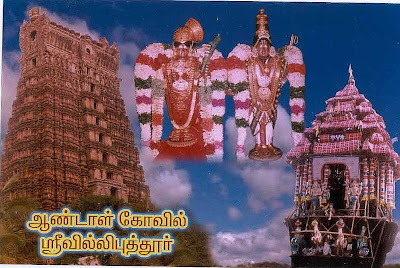 tion
In the Sri Vaishnava Sampradayam, a Divya Desam is a temple whose Perumal has been sung about by at least one Azhvar. This is called 'Mangala Sasanam". There are 108 Divya Desams, 106 of them on this earth and 2 that are not. The majority of these Divya Desams are in Tamil Nadu. There are a few in the states of Kerala and UP(including Uttaranchal) ,a couple in Andhra Pradhesh and one each in Gujarat and Nepal.
Before we embark on our quest for knowledge on 108 Tirupathis or DesaVaishnava Divya Desams, one will definitely be wondering why only some specific temples have qualified to be in this venerable list and why not others. Would that mean, other temples are not important or their sacredness any way stand diminished? No, certainly not. Every temple is a sacred place for worship of the Lord and nothing is any less important than the other. When we say this, then why the prefix "108 Tirupathis or Vaishnava Divya Desams"?
To answer this question, one must go back in time to the days of Azhwars ...It is considered that Azhwars are amsams of Lord Sri Vishnu and they were sent to the earth to establish and spread bhakthi marga. They had spent their conscious time in constant chanting of the Lord and absolute in the knowledge that the Lord will grant them Moksha. They are considered superior to the Rishis because unlike the Rishis (who spent their times in forests in performing yagas, etc., to attain Lotus Feet of the Lord), Azhwars spent their time among ordinary mortals and showed that even an ordinary person can follow the path towards Moksha through their pasurams.
To lead us to Moksha through our worship of the Lord, these Azhwars set forth to various Temples (or Divya Kshetrams) in search of the places where Lord Sri Vishnu had come to this world in the Archavatara state (Dieification in the form of Idols). They sang in praise of the Lord of these temples and identified to us the places so that we can also worship there and attain Moksha like they did. "What I could not do in so many of my earlier periods, I could enjoin the Paramathma in a few days, by being born as a human being keeping that as the only principle", says Namazhwar.
It was stated earlier that Azhwars were considered as amsams of Lord Sri Vishnu Himself and it was He who had sent the Azhwars to the earth so that they can continue the good deeds that He had accomplished during His previous nine Avataras. For the sake of brevity, we shall see ‘Why only the specific temples are referred as 108 Divya Desams’.
According to Sriranga Mahamithyam, Lord Ranganathar informed Brahma, "I take many avataras to uphold dharma and eradicate evils whenever necessary. I will be in the form of a man, or an animal. I will also be in the form of idols (archavatara) - made from wood, sand, metals and stone by a good sthapathi. Further, these archavatara rupas (or forms or shapes) should be pleasing and lively to the seekers' eyes so that they can offer uninterrupted worship to Me".
He also expounded that "I am the one who is in each of these 108 Tirupathis". Among the 108 Divya Desams, it is believed that the following eight were not created by any human hands (in other words - they came on their own) known as Swayamvaktha Kshetras . They are (1) Srirangam (2) Srimushnam (3) Thiruvenkadam Hills (4) Salagrama Hills (5) Naimicharanyam (6) Thodhathri (7) Pushkara Kshetram (8) Badhri.
Lord Rangathar further said: "Temples which were constructed or erected where Lord Vishnu's idols were installed and worshipped by other gods or semi-gods or angels will be known as "Divya Kshetrams (or ."Temples which were established and Lord Vishnu's Idols were installed by great Rishis like Vyasa, Maithreyar, Marisi, and others (who earned the names as "sidhas" by their worshipping Me) will be known as "Saidham (or ."Then, there would be other persons who would construct temples for worshipping Me. These would be known as "Maanusham .
Thus, the above three types of temples have been known as 108 Tirupathis. He further informed Brahma "He will bless those who worship me in my Arachavatara state and grant them their wishes. They will be blessed with every good thing while on earth and Moksha upon leaving the mortal remains".As the idols installed ceremoniously and prayers offered as per agamas in the shrines, it is the most easily accessible form of Lord Vishnu or Sriman Narayana that human beings can turn to for their physical and spiritual welfare. God is amenable in that the installed deity gives divine experience as adorable object to the devotee, capable of leading him to the highest blissful experiences.
It is the unique privilege of Srivaishnavas to worship Him in the holy shrines known as 108 Tirupathis (Divya Desams) which have all been the centre of attraction for the Azhwars and Acharyas (like Ramanuja, Vedanta Desikan).
With the above as introduction, I take you on a tour of these 108 Divya Desams......A presentation by Shri T. Sampath Kumaran, an exponent in the field of South Indian Temples and Archaeological Monuments.
You may click the link below to go on this holy pilgrimage through the 108 Divya Desams....
www.prapatti.com/slokas/english/DivyaDeshams.pdf
With this, my post on the 108 Vaishnava Divya Desams comes to a close. Keep watching for my next posting....
Posted by Jolly R at 2:21 AM

I did not see the name of Puri (Jagannath Temple)in the 106 holy places in India and Nepal? Is it because the idol was initially worshiped by the tribals and later brought to Puri by the a Kalinga king?

i ts is not because of the image structure of lord jagannath, in puri jagannath temple they follow
advaita-vedanta vidhi,it has even shiva and durga sanadhi's inside the temple, even ramanuja acharya went to puri temple and told to follow pancharathra vaishnav vidhi, but it was refused by them ,a dn even lord jagannath wants
advaita-vedanta to be followe,
you can google search about this, ull get some info