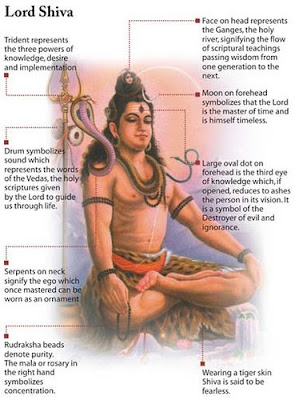 Lord Shiva, popularly termed as the lord of destruction, but without whom creation cannot occur, is symbolized by the Shiva Lingam. Saivism is the major faith in the Indian system of belief, that worships Shiva as its principal God.

Shiva temples are spread all over India. Most important among them, glorified by the 63 Tamil Nayanmars, particularly the 3 viz, Thirunavukarasar (Appar), Sundarar and Sambandar in their Tevaram hymn, are revered as the Tevara Paadal Petra Sthalams. They are 274 Shiva temples in number and out of which 264 temples are situated in Tamilnadu. The 274 odd shrines that have at least one Pathigam composed in their honor are referred to commonly as Paadal Petra Stalangal, or more generally Shivastalams.

Some of these Shiva Temples, glorified and referred as Paadal Petra Shiva Sthalams, are among the greatest in the world and include temples carved in solid rock, huge temples with elaborately sculptured towers, all ornamented with delicate decorative work. Most of these temples are of stone, though a few are of brick. Artists carved the exterior and sometimes the interior with hundreds of figures of Gods, people, animals and plants. Most temples have one or several pillared halls called mandapam. Worshippers pass through the halls to a garbhagraha (sanctum sanctorum) where the idol of the temple's main deity (God or Goddess) is housed.

To have a clear knowledge/understanding of the Paadal Petra Shiva Sthalams, I bring to you here , a Guide to these 275 Siva Sthalams, Glorified by Thevaram Hymns[Pathigams] of Nayanmars - [Courtesy Shri T.Sampath Kumaran, an exponent in the field of South Indian Temples and Archaeological Monuments].
The Link to the presentation is given below:
Adobe Acrobat (.pdf)
For the Tamil Version of the Paadal Petra Shiva Sthalsms, you may use the following link:
Tamil Version
With this, my post on "Shiva Sthalams/ Temples" comes to a close. My next posting will be on "Srivaishnava Divya Desams [108 Divya Desams].
Posted by Jolly R at 10:33 PM