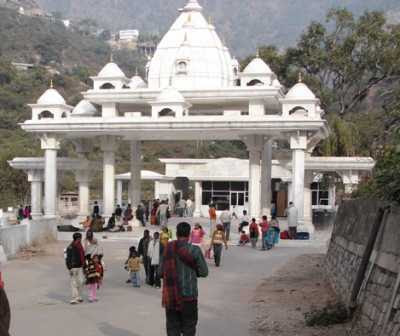 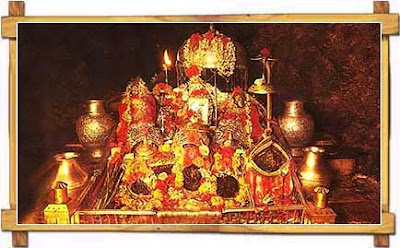 Amarnath and Vaishnao Devi are two of the most revered shrines in Jammu and Kashmir. Both these shrines are reached via an arduous pilgrimage trek through the Himalayas. Vaishnao Devi is located about 60 km North East of Jammu, on the triangular hill Trikoota Bhagwati, in a cave at an altitude of 5300 feet at a distance of 12 km from Katra. This cave shrines enshrines Vaishnao Devi, a manifestation of the three forms of mother Goddess Shakti - Mahalakshmi, Maha Paarvati and Maha Saraswati.
Vaishnao Devi attracts thousands of pilgrims throughout the year. The most favored pilgrimage season is during Navratri in the month September 15- October 15.
Posted by Jolly R at 2:46 AM